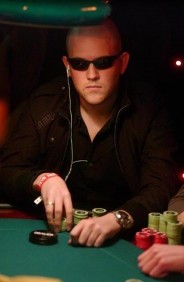 After six days of high-octane poker in one of the most glamorous destinations in the world, De Korver outlasted a record field of 935 players at the €10,600 EPT Monte Carlo main event. The total prize pool was a staggering €9.35 million.

De Korver only turned pro two years ago and last year triumphed in a PokerStars-sponsored TV show called 'Poker Kampioen Van Nederland' which involved some 20,000 players. He then came 28th at the Master Classics in Amsterdam for €8,000. This was his third EPT event but first cash.

De Korver staged a remarkable comeback during the nine-hour final table. At one stage he was down to just two big blinds but then won a series of showdowns to take the chip lead. He said: "It's amazing. I was loving the atmosphere and just really enjoying playing cards. I had a little bit of luck... and then I won. That's the best part of poker." De Korver was cheered on by a large group of friends who had driven overnight from the Netherlands to support him.

A total of 157 PokerStars players won their seats online for the prestigious event which attracted entrants from a record 57 countries.

The first ever €25,000 EPT Monte Carlo high roller tournament was like a Who's Who of poker with the world's greatest players taking their seats for a first prize of €720,000. The three-day event was won by Team PokerStars Pro Vanessa Rousso after she came back from a 3:1 chip deficit to beat American Randy Dorfman. A total of 79 players entered the event.

The first ever Ante Up For Africa in Europe also took place. The star-studded event on the eve of the main event raised a total of €160,000 for crisis-torn Darfur and featured a host of international including rappers Nelly and Bruno "Kool Shen" Lopes, Nico Rosberg, Pepe Reina, Mike Tindall. Rugby star Sebastien Chabal and footballer Teddy Sheringham reached the final table but it was Team PokerStars Pro Isabelle Mercier who won the event.

Team PokerStars Pro Bertrand "ElkY" Grospellier also broke a record at the Grand Final when he set out to play as many Sit & Go tournaments as possible in one hour. During his gripping performance, playing four screens in front of a large audience, he managed a total of 62 games and was up $23.60.

The total number of players in season one was 1,468; this season the EPT attracted nearly 8,000 players and generated a total prize pool of over €52million - €13 million of which went in first prizes.

EPT founder John Duthie said: "The loyalty and dedication of the players on the EPT trail has always astounded me and this season has been no different. Next season is looking set to break all records with new venues such as Moscow, and the new structure which proved to be a most welcome addition to the Grand Final." The last two days of the tournament were broadcast live on PokerStars.tv in a total of eight languages and the event was filmed for television.

The PokerStars European Poker Tour Season Six kicks off at a brand new destination for the tour - Moscow in Russia, planned for August 17-23, 2009.