LONDON, England -- For the second year running, Dublin has pipped London to the post for the title of this year's European Poker Capital, as voted by industry leading poker publication Bluff Europe 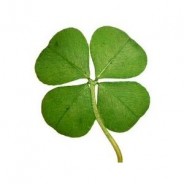 Bluff Europe praised the unbridled enthusiasm which Dubliners have for the game, as well as the variety of good card clubs in the city and the commitment to player-friendly tournament structures adopted by tournament organisers. The magazine says it deliberately ignored those countries where government gambling monopolies strangle the game, as well as places where the rakes in cash games are exploitative to the player – instead, they looked to reward variety, value, enthusiasm and "action".

London took second place but was also praised for its venues, tournaments and for the growth of pub poker in the city over the last two years, as were fellow runner-ups Vienna, Tallinn and Galway respectively.

"It'll always be a close run thing between Dublin and London for top spot, but we just had to give it to the Irish again this year, simply because we're always overwhelmed by the enthusiasm we encounter for the game whenever we visit," said Philip Conneller, editor of Bluff Europe. "Dubliners are mad for it, and in Ireland poker seems so much more of a passion than elsewhere. Even the table banter is just – well – better."

Dublin is also home to the annual Irish Open, which is the oldest poker tournament in Europe and one of the most eagerly event on the circuit because of its festival atmosphere as well as the Irish sense of fun and fair play.