Roxy Palace has some of the loosest slots on the web. Their selection is huge and with less overhead, employee costs and taxes than your typical brick and mortar casino, they can afford to give back a bigger percentages of bets back to the customer. If you're looking for loose slots, play online!
Play Now at Roxy Palace!
A Huge Collection of Loose Slots! 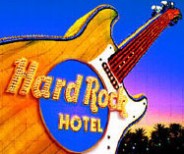 indicated that Caribbean CAGE LLC will become an investor in the Hard Rock Casino at Aqueduct Racetrack project being proposed by New York-based SL Green Realty Corp. and Hard Rock.

"We are thrilled to be working with Caribbean CAGE LLC and Bob Johnson," said Jim Allen, Chairman, Hard Rock International. "Bob Johnson is a true global pioneer in media, music and entertainment, and we are ecstatic that Caribbean CAGE LLC will be an equity investor in the Hard Rock Casino Aqueduct development."

Considered one of the country's most successful business leaders, Johnson is currently Chairman and Founder of RLJ Companies and majority owner of the Charlotte Bobcats of the NBA. Previously, Johnson was the Founder, Chairman and CEO of Black Entertainment Television (BET).

Robert B. Washington, Co-Founder, Chairman and CEO of Caribbean CAGE LLC added, "We, at CAGE, are delighted to join this great team in creating a world-class project - the Hard Rock Casino at Aqueduct Racetrack."

SL Green CEO Marc Holliday added, "Working with our partners, we are planning a state-of-the-art gaming facility with additional attractions that will make it one of New York City's most popular destinations when fully completed. First of all - Hard Rock is the world's premier name in gaming and entertainment-oriented hospitality, and its brand strength and expertise will help maximize ongoing revenue to the State. In terms of getting this well-capitalized project done in the timeliest way, SL Green is best able to do so. We can draw upon years of experience in development and redevelopment in New York City, and we can break ground immediately because our plans have been formulated to conform to existing regulatory approvals. In addition, we have the expressed support of the various unions. Overall, there is a real excitement in the community and the city at large for our plan and there is no question that it is far superior to other bids that the State is considering. We look forward to making this happen."

As part of the SL Green/Hard Rock proposal, more than 2,000 Video Lottery Terminals are expected to be open by April 2010 and an additional 2,500 terminals would be open by 2011. Additional plans include a Hard Rock Hotel, shops, dining and an entertainment center.