History - Blackjack, also called twenty-one, is undoubtedly one of the most popular casino games in the world. Although its exact origins are debated, the general consensus is that the game’s

There are occasions when we here at ReadyBetGo want to bring you interesting facts about the gambling industry  When something catches our eye, we will publish it for your enjoyment.  popularity rose immensely in French casinos in the 1700s. The first written reference of the game dates as far back as 1601, in a book by the well-knows Spanish author Miguel de Cervantes, who is most famous for writing the novel Don Quixote.

Objective of the game

In essence, the objective of the game is to beat the dealer in one of three ways; get 21 points on the first two cards, reach a score that is higher than the dealer’s without exceeding 21 points, or let the dealer draw until his score exceeds 21 points. Every card is worth their numerical equivalent in points, and all face cards count for ten points with the exception of the Ace, which can count as either 1 or 11 points for both the player and the dealer.

The game’s popularity naturally led to a wealth of variations of the game, and the most well-known ones will be explained in this article. One of the most important rule variations is whether or not the dealer hits on a so-called soft 17, i.e. a hand containing an ace and one or more other cards that add up to six. When both the dealer and the player have the same amount of points, the play is called a push, and usually the player will get their wager returned. 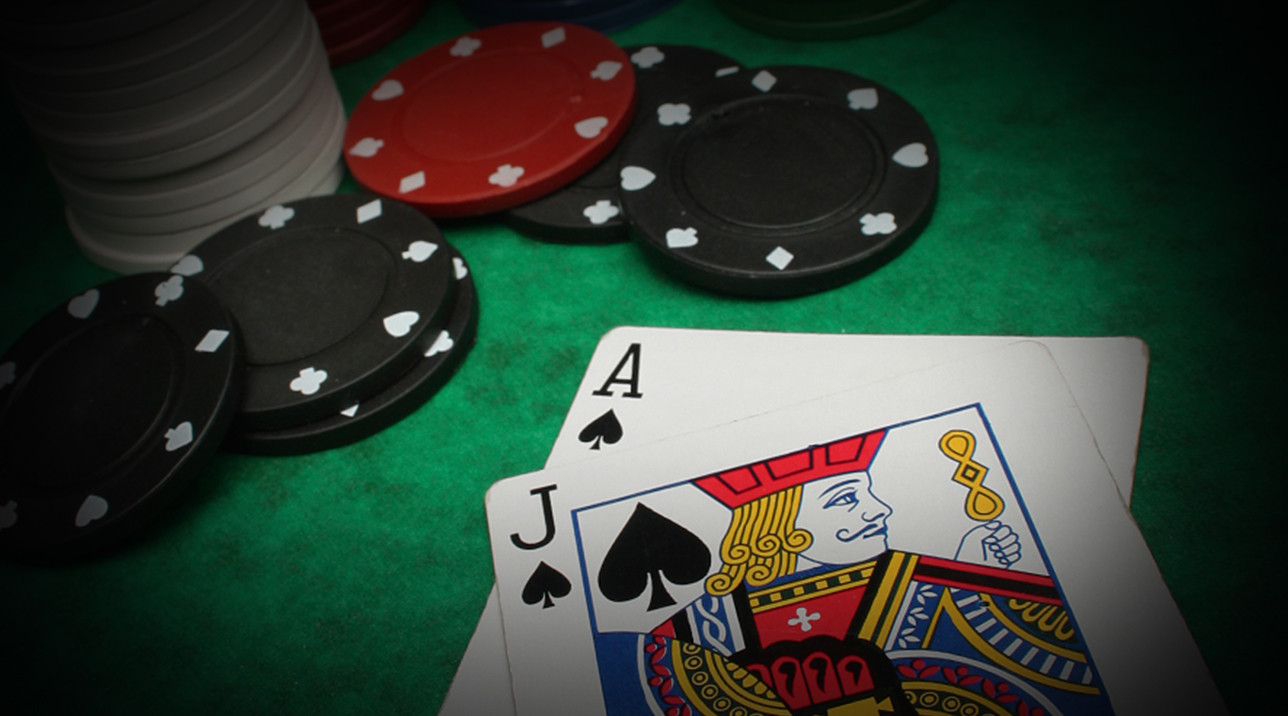 The classic variant of blackjack is usually played with one deck of cards, and the dealer has to stand on a soft seventeen. Additionally, the classic variant is a no peek game, meaning the dealer will not check for Blackjack when their first card is an Ace or a Ten. There are a number of options that the player has, depending on the cards that are dealt.

Firstly, the player is allowed to make a Split when holding two cards that gave the same, equal denomination. When splitting a pair of Aces, the player can only draw only one card to each Ace. For any other split, the player can draw as many cards as they like until they hit twenty one or bust. When making a split, the player has to match his initial bet so both hands are played for the opening wager. The player is allowed to split only once, and the two hands will play independently from one another against the dealer.

Another option, which the player can make with any hand regardless of their value or denomination, is the so-called Double Down. As its name implies, the initial bid is doubled when the player elects this play in exchange for only one more card. Perfecting one’s double down strategy is one of the best ways to attack the casino’s edge, and will depend on your own cards, the dealer’s, and the number of card decks that are in play.

One of the main variants is Double Deck blackjack. As its name implies, the only difference is that the game is played with two decks of cards instead of one. Double Deck blackjack increases the house edge, but despite being a significant increase, the edge is still relatively small compared to other popular casino games. The exact percentage will depend on the rule variations in play, such as whether it is permitted to double down on any two cards,  whether aces are allowed to be split, and whether the dealer hits or not on a soft seventeen. A great way to get familiar with Classic Blackjack is to try it for free and try different strategies without risking a dime.

Another variant is Spanish 21 that has more significant rule differences. Firstly, 48-card Spanish decks are used, which differ from the regular 52-card French decks in that the ten-spot cards are removed. The removal of these four cards roughly gives a 2% edge to the dealer, but the liberal rules compensate for this up to the point that the house edge is actually lower than that of a classic blackjack game.

Blackjack always wins in Spanish 21 and pays 3:2 regardless of whether the dealer has blackjack as well. The same goes for getting any combination of twenty-one; the player will always win regardless of the dealer having twenty-one as well. One other thing to keep in mind is that several combinations of 21 will have different payouts, depending on the number of cards (five, six and seven+), whether the cards are the same suit, and the numerical values of the cards. In Spanish 21, players can also split to a maximum total of four hands, and even a pair of aces is allowed to be split.

Furthermore, the player can double down while having any total number of points and on any number of cards. Since there are many more intricacies to Spanish 21, it is important to study all the rule variations to get maximum value for your buck.

The main differences between Classic Blackjack and European Blackjack can be summarized as follows. Firstly, the latter is played with two card decks, and blackjack pays 3:2. Additionally, the dealer does not peek for blackjack and stands on a soft 17. The player can only double down on hands that are valued 9, 10, or 11 points. Furthermore, players may split all alike 10-valued cards (i.e. a Q-Q may be split but a K-10 may not) and is allowed to split only once. Unlike Spanish 21, when the player and the dealer both have blackjack the game is a push. However, as in the Classic version, a blackjack beats ant other hand valued at 21.

This variant, which is named after the second-biggest gambling capital of the US after Las Vegas, has some other peculiarities in mind. This variant is played with no less than eight decks of cards, and the player can split up to a maximum of three times. Doubling Down is allowed with any two cards, and can even be done after splitting your hand. As in the European variant, the dealer stands on all 17 hands, but does peek for blackjack when their first card is either an Ace or a Ten-valued card. On a side note, in case you are interested in the development history of the city after which this variant was named, Boardwalk Empire is a great watch.

The casino strip of the city where Atlantic City Blackjack was named after.

While the list above is not exhaustive, it serves as a good reminder that Blackjack offers a lot of variations to pick from depending on your preference. Classic or European Blackjack provides players with an easy-to-learn game which will take a much longer time to master. If one wants to step it up a notch, Spanish 21 offers a much more complicated game where the player has many more options. However, when playing this variant correctly, one can lower the edge of the casino in a significant way. Whatever your pick, blackjack will undoubtedly stay one of the most popular casino table games for years to come.