Roxy Palace has some of the loosest slots on the web. Their selection is huge and with less overhead, employee costs and taxes than your typical brick and mortar casino, they can afford to give back a bigger percentages of bets back to the customer. If you're looking for loose slots, play online!
Play Now at Roxy Palace!
Free Slot Tournaments Going on Now at Roxy Palace!

UNIVERSAL CITY, California -- Qualifiers get a chance to go heads-up against some of the world's best poker pros for a shot at $1 million when NBC debuts the first-ever prime time poker themed 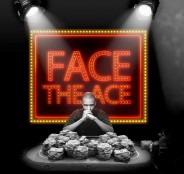 game show on a broadcast network with the premiere of "Face the Ace" on Saturday, August 1 (9-10 p.m. ET). Hosted by Steve Schirripa ("The Sopranos"), "Face the Ace" gives contestants the opportunity to compete against as many as three different top professional poker players on national television for the chance to win $1 million. The unique format of the show incorporates the entertainment of a traditional game show, the drama of a reality show and the tension of a high-stakes poker match. The series will premiere with back-to-back Saturday primetime shows and continue its seven- episode run on Saturday afternoons beginning in September.

"Most people don't get to compete against their favorite athletes in sports like football or basketball," said Steve Schirripa, who once served as the entertainment director of a Las Vegas strip hotel. "This show gives contestants an incomparable opportunity to test their skills against some of the best poker players in the world. The same people they've read about or have watched on TV are the ones they have to defeat for chance at winning life-changing money."

The poker pros won't be laying down either, as each match they win secures $10,000 for their charity of choice.

All "Face the Ace" contestants were selected from a group of players that qualified online at www.facetheace.com and www.fulltiltpoker.net.

In addition to Schirripa, Ali Nejad, the voice of NBC's "Poker After Dark," functions as the tournament director while providing occasional commentary, and Megan Abrigo, a regular on NBC's "Deal or No Deal" where she is best known as Briefcase Model #6, serves as the hostess.

With this new show NBC, the network behind the popular "Poker After Dark" and the annual "National Heads-Up Poker Championship," continues its dedication to providing the best poker programming on television.

"Face the Ace" is produced by Poker PROductions, which also produces "Poker After Dark" for NBC.