Club USA Casino offers a huge variety of video poker machines in a range of denominations. There over 14 different video poker games including Deuces Wild, All American Poker, Jacks or Better, Joker Poker and more. Many are available in multihand video poker format. Coin-in choices range from $.05 to $5.00 on single hand machines and  $.01 to $1.00 on multi-hand machines.
Play Now at Club USA Casino!

RALEIGH, North Carolina – As reported by Carolina News 14: "The state Senate has postponed a vote on a bill to phase out video poker by next summer. Machine owners would be guilty of a 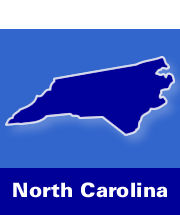 "Senators in the North Carolina legislature say it's long overdue, but it's finally time for video poker to go.

"Members had their chance Thursday to ban machines after the House approved a bill the day before.

"The delay was a bit unusual for this body though, which has approved a ban five times since 2000, including this year.

"Rand said he expects the same for this most recent bill – this time with no revisions and no tweaking.

"Currently, a retailer can't have more than three video poker machines. By October, the bill will push that maximum down to two. By March of 2007, only one machine would be allowed, and by next July, no more video poker will be played in North Carolina except on Indian reservations…."