All Jackpots Casino is one of the most popular Microgaming software casinos on the Internet. The casino features over 240 slots and games including Major Millions, King Cashalot, Pharoah's Fortune, Heavy Metal and many more popular slots.  The site also features fourteen progressives. And don't forget, the casino has over 25  table games including blackjack, craps, and many more.  Currently, all US players are accepted except for players from MI, IL, LA, OR, WA, WI, IN, NV, SD, NJ, and NY.
Play Now at All Jackpots Casino! 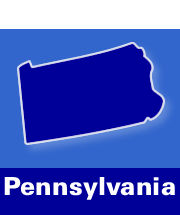 in 2011, according to figures released today by the Gaming Control Board.

The monthly report for table games is posted on the Board’s web site, www.gamingcontrolboard.pa.gov.

About the Pennsylvania Gaming Control Board:
The Pennsylvania Gaming Control Board was established in 2004 with the passage of Act 71, also known as the Race Horse Development and Gaming Act. Pennsylvania’s first new state agency in nearly 30 years, the Gaming Control Board is tasked to oversee all aspects of the state’s casino industry. The 11 casinos in operation all offer both slot machine and table game gambling, employ over 16,000 people, and collectively generate an average of $4 million per day in tax revenue. A portion of that money is used for property tax reduction to all Pennsylvania homeowners; provide funds to the Commonwealth’s horse racing industry, fire companies, a statewide water and sewer project grant program, and the state’s General Fund; and, established a new stream of tax revenue to local governments that host casinos for community projects.
[ more gambling news ]
© 2006-2016 ReadyBetGo!