Club USA Casino has good craps action at their site. They offer private, public and reserved tables. The minimum bet is $1 and the max is $500. The casino offers behind the line odds. Nice graphics and sound add up to a satisfying craps experience. Good shooting.
Play Now at Club USA Casino!

ANDERSON, Indiana -- As reported by The Herald Bulletin: "Local government and Hoosier Park officials say they are adamantly opposed to a state legislator's plan to put a casino in downtown Indianapolis 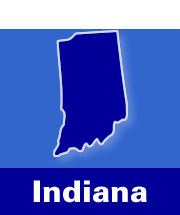 to generate tax revenue for a debt-plagued Indianapolis sports board.

"Bill Crawford, D-Indianapolis, wants to create the downtown casino by removing 500 slot machines from Hoosier Park and 500 from Indiana Live in Shelbyville, Indiana's two horse track-casinos. A 10 percent gaming tax on the 1,500-machine facility in Indianapolis would generate an estimated $20.5 million to help the Capital Improvement Board pay down its debt.

"The board, which has financed Lucas Oil Field and other sports-related economic development in Indianapolis, has a projected budget deficit of $47.5 million next year.

"But officials say the creation of an Indianapolis casino would exact a heavy toll on Anderson and Hoosier Park by reducing the number of visitors to the Anderson casino. They say that would reduce the money wagered there and, in turn, reduce the tax draw that Anderson and other Madison County government entities get from gambling at Hoosier Park..."