COPENHAGEN, Denmark -- As reported by The Copenhagen Post: "A 60-year gaming monopoly operated by state-owned Danske Spil is set to be terminated when the government announces its plans for deregulation 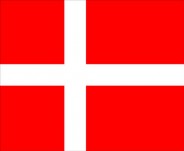 "A current European Commission lawsuit alleging the monopoly violates free market regulations was a major factor in pressuring the government into the move.

"Deregulation would mean that foreign gaming companies could begin advertising in Denmark and their gambling contests would be legally available for purchase. According to Jyllands-Posten newspaper's information, only the Lotto and scratch-off ticket games will continue to be under the sole jurisdiction of Danske Spil.

"But entry into the Danish gaming market would not be free, as companies would have to pay a licensing fee to the state to be allowed access. The government will include the fee - along with measures to prevent gambling addiction - into its proposal, which would still ensure that a tidy sum goes into the state's coffers.

"Last year nearly 11 billion kroner was spent on gaming nationwide, with state profits of 2.8 billion kroner. Around 1.6 billion of that went toward charitable and youth organisations..."